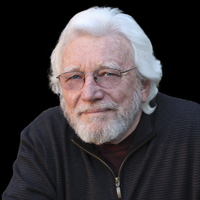 John Babcock’s art studies began at the age of 10 when he took Saturday classes at the Memphis Academy of Art. He studied Industrial Design at the University of Bridgeport in Connecticut and received a BA in printmaking from San Francisco State University. While working on an MFA in sculpture at the International Institute for Experimental Printmaking, he got involved making paper for the large edition embossed prints that he had been working on for a number of years. By 1975 paper pulp had become his medium and the paper became the object.

Babcock uses paper pulp of his own manufacture to build artworks of poured, cast, inlaid, and collaged paper. He manipulates wet, pigmented pulps-cotton, kozo, and abaca fibers-to produce a range of effects in his work. John’s art reflects a unique exploration of color relationships to evoke an emotional response. The work evolves around his reaction to the physical characteristics of the wet paper pulp. About his work he states, “I gravitate to earth forms for inspiration, because perhaps, much of the colors that I use are earth-derived pigments. I have drawn upon images that come to me when I contemplate the pulsating or vibrating nature of waves, windblown sand, or Japanese rock gardens. I seek to capture the essence of these experiences and document them through the peculiarities of colored paper.”

John Babcock works at his studio near Santa Cruz, California. His work has been shown in over thirty major museums in Europe, the United States and Japan. Shows include “Craft Today, Poetry of the Physical”, organized by the American Craft Museum in New York, “The Artful Object, Recent American Craft” at the Fort Wayne Art Museum, and “The Cutting Edge, New Directions in Hand Made Paper”, at the Kalamazoo Institute of Art. He has lectured and conducted workshops throughout the United States and in India including sessions for the Southwest School of Art and Craft in San Antonio, Texas; The University of Wisconsin; The University of Hawaii; The University of California, Santa Barbara; Haystack Mountain School of Crafts; and at the Maharaja Sayajirao University in India for the United States Information Agency. He has recently presented some of his unique papermaking techniques to the Pulp Painters Symposium at The Southwest School of Art in San Antonio, TX, and the 2011 Southern Graphics Council Conference at Washington University in St. Louis and a presentation, “An Artist Makes Paper” at the 33rd Yuma Art Symposium in Yuma Az. His work is included in many public and private collections including The Museum of Art and Design, New York. 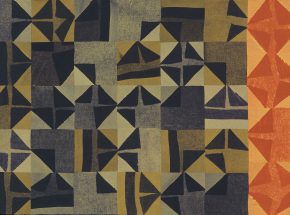