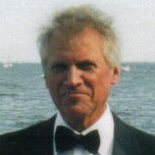 At the beginning of 1958 John Clendening started studying at the Corcoran School of Art in Washington, D.C. He was taught realistic drawing and painting techniques from Edmund Archer* and sculpture from Heinz Warneke *. Clendening was awarded a monitor scholarship from Archer in September of 1958 through 1962. In 1963, he was hired by the Corcoran to teach his own adult drawing and painting class. While working as a professional artist, he worked full time as an exhibit designer at the Smithsonian Institution’s National Museum of American History from the early sixties until 1973. In 1973, he was selected to work at the new Congressionally approved National Air and Space Museum, which would open to the public in 1976 for the nation’s Bicentennial, where he would eventually become the museum’s chief of design, for the design division of the Exhibit Department. After 36 years working for the Smithsonian, he retired and opened his studio in Santa Cruz, California from 1996-2000 and then moved back to East Coast in 2001. His studio is now in Alexandria, Virginia.

In 2003 Clendening was awarded the status of a “Signature Artist” member by the board of directors of the Oil Painters of America. 1999 he become a exhibiting member of the Oil Painters of America and his artwork has been juried into the last four national exhibitions, 2000-2003. In 2002 two of his Paintings were selected by the Art in Embassies Program of the U.S. Department of State for exhibition in public spaces of the U.S. ambassadorial residence in the Port of Spain, Trinidad & Tobago. In 2003 three more paintings were selected for the U.S. Ambassadorial Residence in Dakar, Senegal. In 1996, he was commissioned by NASA to produce a painting of the MIR/Shuttle rendezvous which is now hanging in the Kennedy Space Center and was included in their published book, “NASA and the Exploration of Space.” Clendening’s artwork was juried into the Smithsonian staff artist exhibition in 1996 for the Institution’s 150th National Birthday Celebration. He was elected into the Salmagundi Arts Club in New York City in 1983. In 1973, he was selected by NASA to draw and paint his impressions of the Apollo 16’s flight to the Moon. Clendening’s biggest art achievements was being appointed as an official civilian combat artist for the United States Marine Corps and was sent to South Vietnam in 1968.