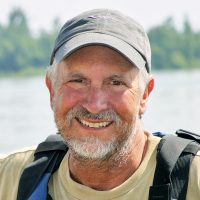 John Guider is an internationally recognized award winning photographer and author based out of Nashville, Tennessee. A graduate of Vanderbilt University, his largest project, The River Inside, which chronicles his 2500 mile solo canoe journey down the entirety of the Mississippi River, is the subject of a book by the same name and a popular traveling museum exhibition.

Guider is the recipient of many prestigious awards including a national Addy Award, the Cancer Society’s Excalibur Award, and a National Center for Creative Aging Beautiful Minds honoree in 2011. His work and adventures has been the feature of numerous magazine, television, and newspaper articles and broadcasts. In 2009, he was a guest author on renowned journalist John Seigenthaler’s television program, “A Word on Words”. His work has appeared in major publications such as Print, Communication Arts and Graphics and has appeared as the featured guest speaker at The Southern Festival of Books, PhotoArts Santa Fe, The National Waterways Commission convention the AARP national convention in 2012 and the US Capitol in 2015. A number of museums and corporate foundations are collectors of John’s work.

John’s current project, a 6500-mile trek along America’s waterways in a 14’ rowboat built by his own hand, was successfully completed in August 2015.