John Mix Stanley was an American painter of landscapes, portraits and Native American life. He was born in Canandaigua, New York and orphaned at the age of 12. At age 14, Stanley became an apprentice to a coach maker. Looking for better work, he moved to west in 1832 and became a painter of signs and portraits. In spring 1843 Stanley accompanied the party of Indian agent Pierce M. Butler to the Tehuacana Creek Council. At the outbreak of the Mexican War in 1845, John Mix Stanley joined Colonel Stephen Watts Kearney’s expedition to California and produced many sketches and paintings of the campaign. He traveled to Hawaii in 1848 and spent a year painting portraits of members of the royal family. He traveled across the Isthmus of Panama in 1853. He also painted Comanche warriors in their natural environment. He moved to Detroit in 1864 and remained there for the rest of his life. Stanley helped to found a forerunner of the Detroit Institute of Arts and to incorporate the National Gallery and School of Arts. 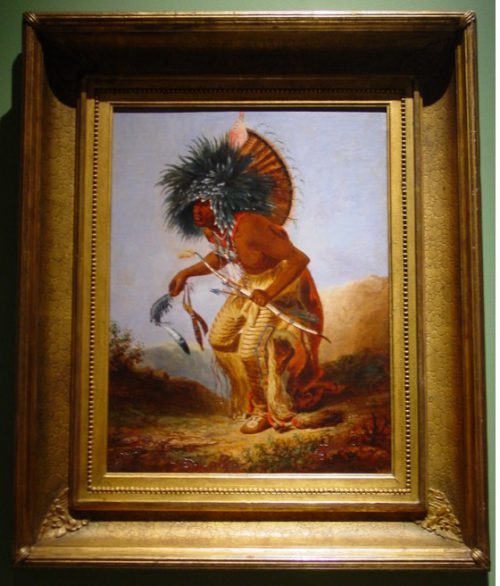 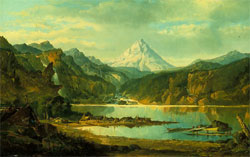