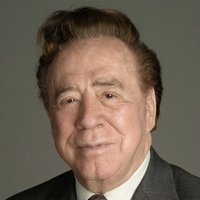 John Portman is one of the great success stories to emerge from Atlanta. Portman received a B.S. in Architecture from the Georgia Institute of Technology in 1950. After a three-year apprenticeship Portman opened his own firm in 1953. Pioneering the role of architect as developer, he went on to shape the skyline of Atlanta, transforming a once-quiet downtown into a bustling, international, urban center.
Portman’s unique approach to urban planning led to civic commissions across the country. From the Embarcadero Center in San Francisco to Times Square in New York, he created multi-use projects intended to decongest urban centers and create open, interactive spaces.
Portman’s international work began with the design of the Brussels Trade Mart in 1975, then shifted to the Far East. One of the first American architects to become active in China, Portman’s Shanghai Centre (1990), was described by China Daily as “one of the five architectural stars in mainland China.” Today, much of Portman’s work continues to be in Asia, with important projects ongoing throughout China, India, and Korea.
Portman’s profound contribution to architecture, art and design has earned him numerous awards including the AIA Medal from the American Institute of Architects (1978), the Silver Medal Award from the Atlanta Chapter of AIA (1981), and the Urban Land Institute’s Award of Excellence (1984). In 1986, Georgia Institute of Technology, his alma mater, presented him with the Exceptional Achievement Award. In 1992, the Atlanta College of Art awarded Portman an Honorary Doctorate of Fine Arts. 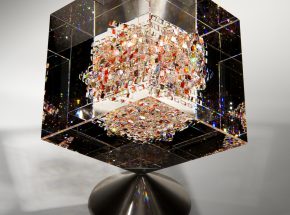