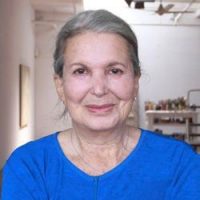 Judith Murray has created a trademark language of effusion and sensation using built up strokes in a limited palette of red, yellow, white and black. Each work is composed in the moment, as Murray responds to the results of her previous marks. A bar of color grounds the compositions on the right hand side, providing a barrier of linear energy to these otherwise untamed depictions of vitality. Murray was commissioned by the Lincoln Center for the Performing Arts to create a poster for the Mostly Mozart Festival in 1981, 1986, and 1991. Her work is included in the permanent collections of Honolulu Academy of Art, Honolulu, Hawaii; the National Museum of Art, Warsaw, Poland; and the Brooklyn Museum, Brooklyn, New York. Her most recent one- person exhibition was at P.S. 1 Contemporary Art Center in New York, New York. In 2002 she was named the Guggenheim Fellow. 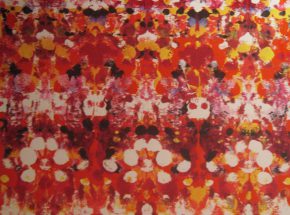