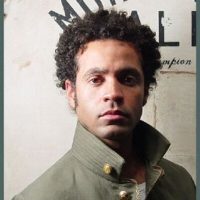 The artwork of Jules Arthur is the expression of an informed and curious mind, a creative soul and a careful but sympathetic heart. The common thread within the diverse themes of his canvases is the portrayal of the human condition as experienced by individual personalities, framed by his art at the instant of poignancy. His works reveal personal moments of pride and introspection, of struggle and triumph. The result is sometimes touched by a haunting sense of despair, but far more often Jules shows us hardship yielding to internal beauty, dignity, uplift and hope. His visualizations are rendered with the deft draftsmanship of a skillful artisan and technician.

Offered as impressions of everyday life, Jules’ art also provides, an observant viewer, the opportunity to peer beneath the veil of personality and circumstance, to emotionally and viscerally connect with the world in which the subject lives and to perceive the soul of the person that abides within the surface image. The eyes of the subjects in many of his works are living entry points carrying the observer on a journey into their world, wherein both the specific and universal humanity of that individual are shown to us in surprising fashion by the artist. Viewing his gallery of art as a body of work in progress, one can see both the movement of a historical arc paying homage and tribute to those who have come before and his inquiries into diverse themes of contemporaneous life. Jules variously employs a wide range of art medium techniques, from charcoal to oil painting and enjoys the creative use of woods, metals, paper, leather and more, often in a multi-media mix presentation. An artist’s love of humankind in all its diversity is a prime motivator in his outlook and artistic sensibility. His work ranges from portraiture to historical themes and include some experimentation with abstract studies.

Born in St. Louis, MO, Jules was raised with strong values and a moral sensibility that has become a wellspring source for the insights expressed in his work. With an educational background in visual arts and his studied observations of life, he is able to combine passion and tradition into visual stories of human endeavor. In 1995 he moved to New York City to attend The School of Visual Arts where he received a B.F.A. with honors in 1999. The following year, he was privileged to receive guidance from Robert Blackburn while attending the Robert Blackburn Printmaking Workshop. Since then, he has been the recipient of awards and has been given a commending review in the New York Times for his “deft draftsmanship.” Committed to the path of a lifelong student of life and art, he can be found frequently in continuing course studies at the renowned Art Students League in New York City. He states, “If one is to master the human form one must remain in constant pursuit of it.” 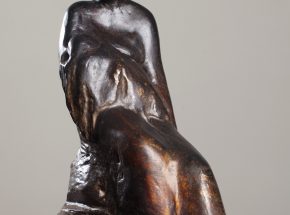