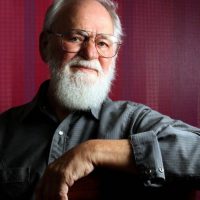 Fueled by his own personal history of shifting geography, the perceptual effect of one of Stanczak’s paintings can range from the most subtle, vibrating glow to an electrical, rhythmic oscillation. Stanczak’s reverence for color came from a desire to translate the drama and power of nature into a universal impression. His canvases were created through a complex process of tape masks in which colors were systematically added and unveiled in layers. While incredibly methodical, Stanczak worked alone on his canvases without the aid of preliminary sketches, relying solely on his own vision of a finished work.

Julian Stanczak was born in Borownica, Poland and died in Seven Hills, Ohio. He received his M.F.A from Yale University in 1956, where he studied with Josef Albers and Conrad Marca-Relli. His work has been included in exhibitions in the U.S. and internationally from 1948 to the present day. Important group shows include The Responsive Eye at the Museum of Modern Art, New York, 1965; Paintings in the White House at the Smithsonian Institution, Washington, D.C., 1966; and Ghosts in the Machine at the New Museum, New York, 2012. Significant surveys of his work include Julian Stanczak: 50 Year Retrospective, Cleveland Institute of Art, Ohio, 2001; and most recently Line Color Illusion: 40 Years of Collecting Julian Stanczak, Akron Art Museum, Ohio, 2013. His work is included in notable collections such as Albright Knox Art Gallery, Buffalo; the Carnegie Institute, Pittsburgh; the Hirshhorn Museum, Washington, DC; the Museum of Modern Art, New York; and the National Gallery of Art, Washington, DC. 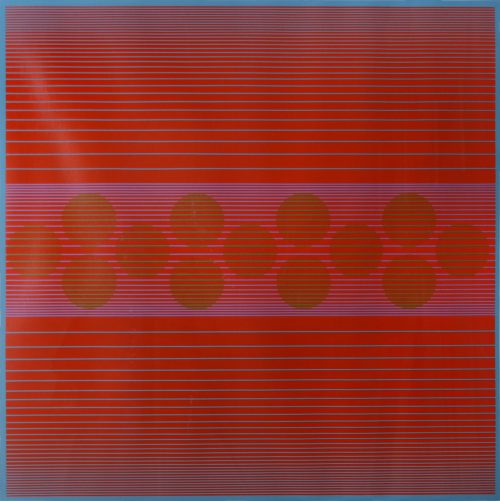