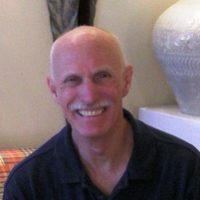 Ken received his M.F.A. from the Rhode Island School of Design, Providence, R.I., in 1977. He accepted a Residency at The Archie Bray Foundation in Helena, Montana where he studied and taught until 1979. Returning to the East Coast, he taught at The Catholic University of America until 1981.

Ken and his family moved to North Carolina where he designed and built his studio and wood fired kiln. He has been a full time studio potter in the small mountain community of Loafer’s Glory for twenty-seven years. He is a member of the Southern Highlands Handicrafts Guild, Piedmont Craftsmen and Potters of the Roan. Ken has conducted workshops at the Penland School of Crafts, John C. Campbell School, Canton Clayworks, the University of Iowa, Western Carolina University, among others. He exhibits predominantly in galleries located in the southeastern United States.