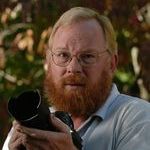 Ken Garrett was born September 23, 1953, in Columbia, Missouri. He got an early start in photography by attending photojournalism workshops at the University of Missouri in 1970 and 1972. He received a B.A. in anthropology from the University of Virginia in 1976.

That same year, he shot his first article for National Geographic, a story about tall ships titled “Square-rigger: Voyage From Baltic to Bicentennial.” Specializing in archaeology, paleontology, and ancient cultures worldwide, Garrett’s other articles include “La Ruta Maya,” “The Iceman,” “Death on the Nile: Saqqara,” “Lost World of the Little People: The People Time Forgot,” “The New Face of King Tut: His Life and Death,” and a series on the dawn of humans.

His extensive book credits include El Templo Mayor: The Great Temple of the Aztecs in Mexico; Floaters and Stickups; Egypt of Pharaohs; Tutankamun and the Golden Age of the Pharaohs; The Judas Gospel; Lucy’s Child; and Bulgaria’s Gold Rush.

Garrett’s work has been exhibited at the Smithsonian Institution, the University of Pennsylvania Museum of Archaeology & Anthropology, and in Egypt, Cuba, and Japan. It has also been published in Smithsonian, Air and Space, Archaeology, Fortune, Forbes, Time, Life, Audubon, GEO, National Wildlife, and Natural History. His corporate clients include IBM, the Marriott Corporation, UNC Aviation, and Starbucks Coffee.

Garrett lives in Broad Run, Virginia, with his wife, Lucie, and their daughters, Kate and Julie.