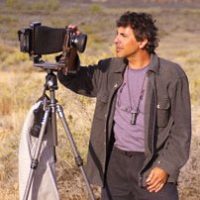 Kenneth Parker is a large-format landscape colorist working principally in remote pristine wilderness areas throughout the world where he has trekked and kayaked extensively. He is inexorably drawn to the elemental earth/ocean forces and their compelling magic, translating into arresting imagery the depths of these feelings, rich in power, radiant. His early experience as fine art color pioneer Eliot Porter’s field assistant helped to nurture a loving eye devoted to isolating and capturing the mysteries in nature that he struggled for decades to unravel as a research scientist in oceanography and global climate change. Paul Caponigro has also been a principal influence on his development as a consistent mentor to Parker since the mid-70s.

Most of Parker’s photographs are captured over the course of 5-10 day backpacking excursions hauling 75-85 pounds of large-format camera equipment as he becomes immersed in a profound sense of place. Often several days are spent contemplating the changing light and intimacy of a composition before completing a single exposure. Usually only one or two distinctive images will result from one of these journeys.

Over the past three decades, Parker has produced a body of work in several formats that has been widely exhibited and published. While a great deal of that time was occupied with his natural science career, he consistently maintained and exercised the creative passions that have now fully committed his life focus to photography. 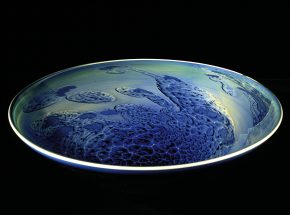