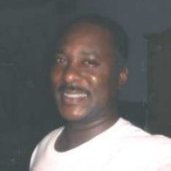 Artist Kennith Humphrey of Vicksburg, Mississippi, has gained national and international recognition, and has therein realized his dream as a professional painter. Asked to describe his art and the style in his paintings, he explained, “I don’t call them paintings, I call them ‘sketches’ because they capture a fleeting moment. My art is not realism, not finite, not exact. It is an escape from realism, an interpretation of the moment. I don’t call it a certain style. It’s free flowing, being myself. It’s my quick interpretation, like the click of the camera with brush and paint. I want to paint how people are at that moment. “

Definite strains of impressionism inform Humphrey’s strokes as do the movement and rhythm of music. Once he began pursuing his art as a profession and working odd jobs along the way, Humphrey experienced the knocks and bruises as numerous galleries and experts refused to look at his art and people interpreted his works as unusual. In the years since then, Humphrey’s art gradually gained a following and now as a 39-year-old in his ninth year as a full-time artist, Humphrey and his paintings have acquired nation-wide fame as well as interest from Portugal and France.

Several of his works hang in the American Embassy in Portugal. In 2002, one of his paintings was selected to represent the VII USA International Ballet Competition and he has had successful gallery showings in San Francisco, Oakland, California, Anchorage, Alaska, Atlanta, Georgia and Martha’s Vineyard, New York.

The vibrant colors and bold rhythms of Humphrey’s nouveau-impressionist paintings come to their canvas quickly with the brash fervor of a man who has turned adversity into talented energy. The blessing for his followers is that he can capture his moments of intense perception, capture and release them in sensitive, rhythmic swaths of emotion and insight. For his public is eager to empathize, eager to participate, eager for the vicarious revelation even in an instant’s flash.