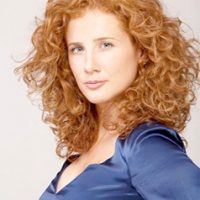 Kinda Hibrawi’s artwork is a passionate journey of femininity, spirituality and cultural convergence. Of Syrian descent, she grew up between Saudi Arabia, Syria, Lebanon, and the United States. Through her studies she began to expand on the ancient tradition of Arabic Calligraphy by giving it a modern twist. As an Arab American, she felt the need for her artwork to reflect the richness of the Middle East coupled with Western diversity.

Hibrawi’s original work is sought by collectors worldwide and has exhibited in galleries across the US. Her 2007 solo exhibition in Washington DC was a great success and she was named “an artistic ambassador” by Arab News. As an artistic ambassador she lectures on her work nationwide, recently she was invited to speak at the School of Visual Fine Arts in New York City. She was asked by the City of Los Angeles to premiere her work in their 2006 Cultural Calendar and City Guide, and is featured online for the Syrian Culture, Arts and History Center in Montreal, Canada. Her work has been acquired for the permanent collection at the Arab American National Museum in Detroit, Michigan. In 2008 she was selected by the US Art in Embassies Program to showcase her work for the United States Permanent Representative to NATO Ambassador Kurt Volker in Brussels, Belgium. As a result, she was invited by the US State Department to showcase her artwork in a 2010 US Embassy wall calendar, to be distributed to US embassies worldwide.