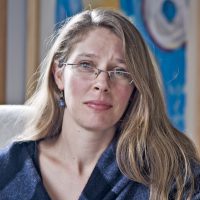 I don’t invent; I observe. I look for a strong subject, something that maintains its presence while allowing for elaboration and whimsy. Most of these things are already present in my life, existing in simple, ordinary ways until one day they exude a sort of grandness. They become monumental in nature and I want to experience and share that nature in the act of interpretation.

The directness of drawing seems most effective for this action, especially pastel, with its thick layering potential and pure color (although lately oil, acrylic and watercolor has provided many of the same possibilities). I like my forms to be bold, with distinct mass, as if they were carved from the negative space. But it’s also important that they be light, with the potential for motion. So I often introduce gesture as an overlay above solid shape, defining the form and releasing it from the rest of the composition. Line is always present and purposeful.

In practice, I become more aware of the complex design underlying animate and inanimate objects, singularly and in their interactions with the broader world. I am interested in the way that objects and space intrude upon one another. I freely distort forms for the sake of unity, trying to give bulk to the spaces between the objects, containing and connecting the actions that take place within, while distilling the subject to an essential form or series of forms. 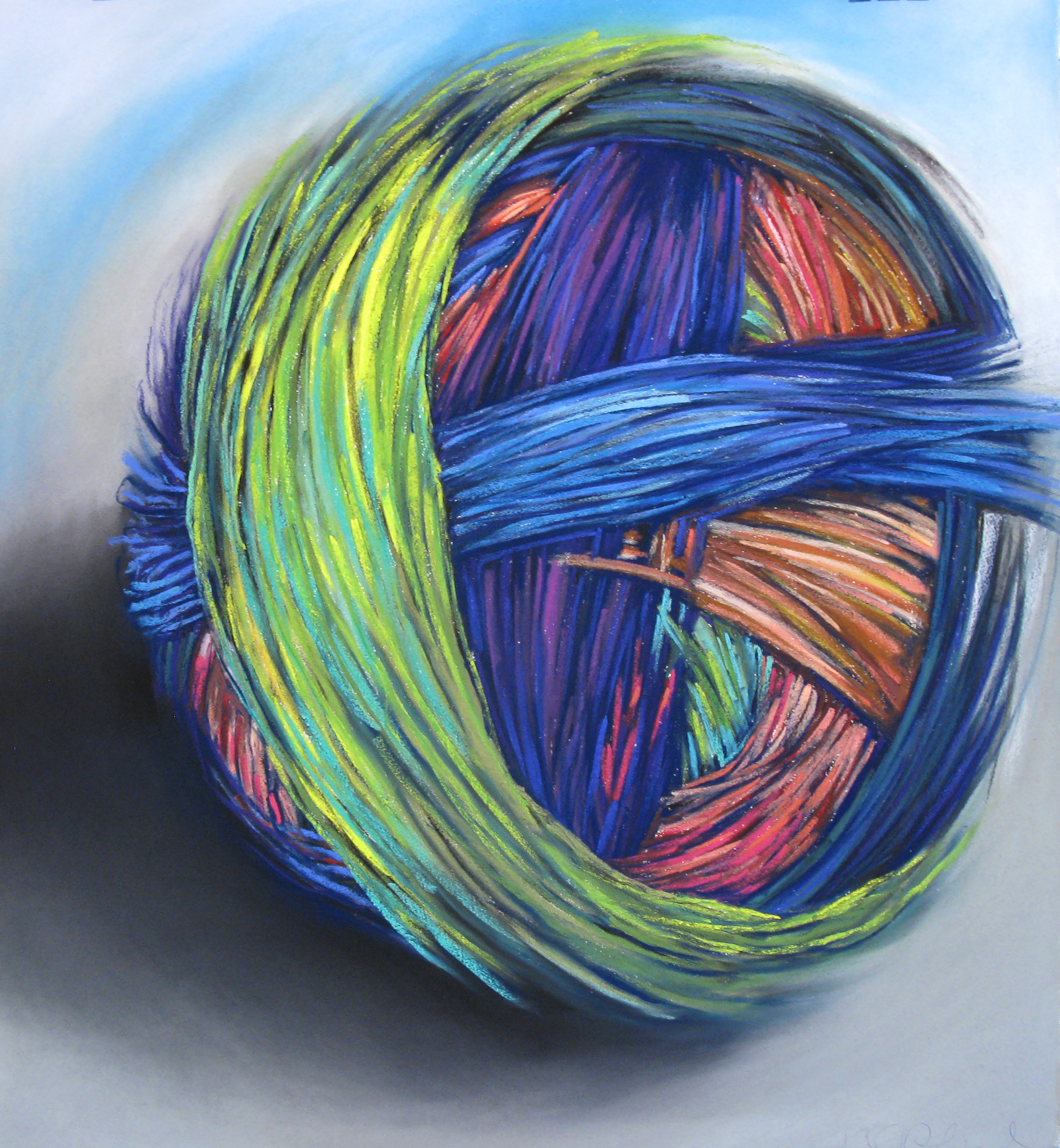 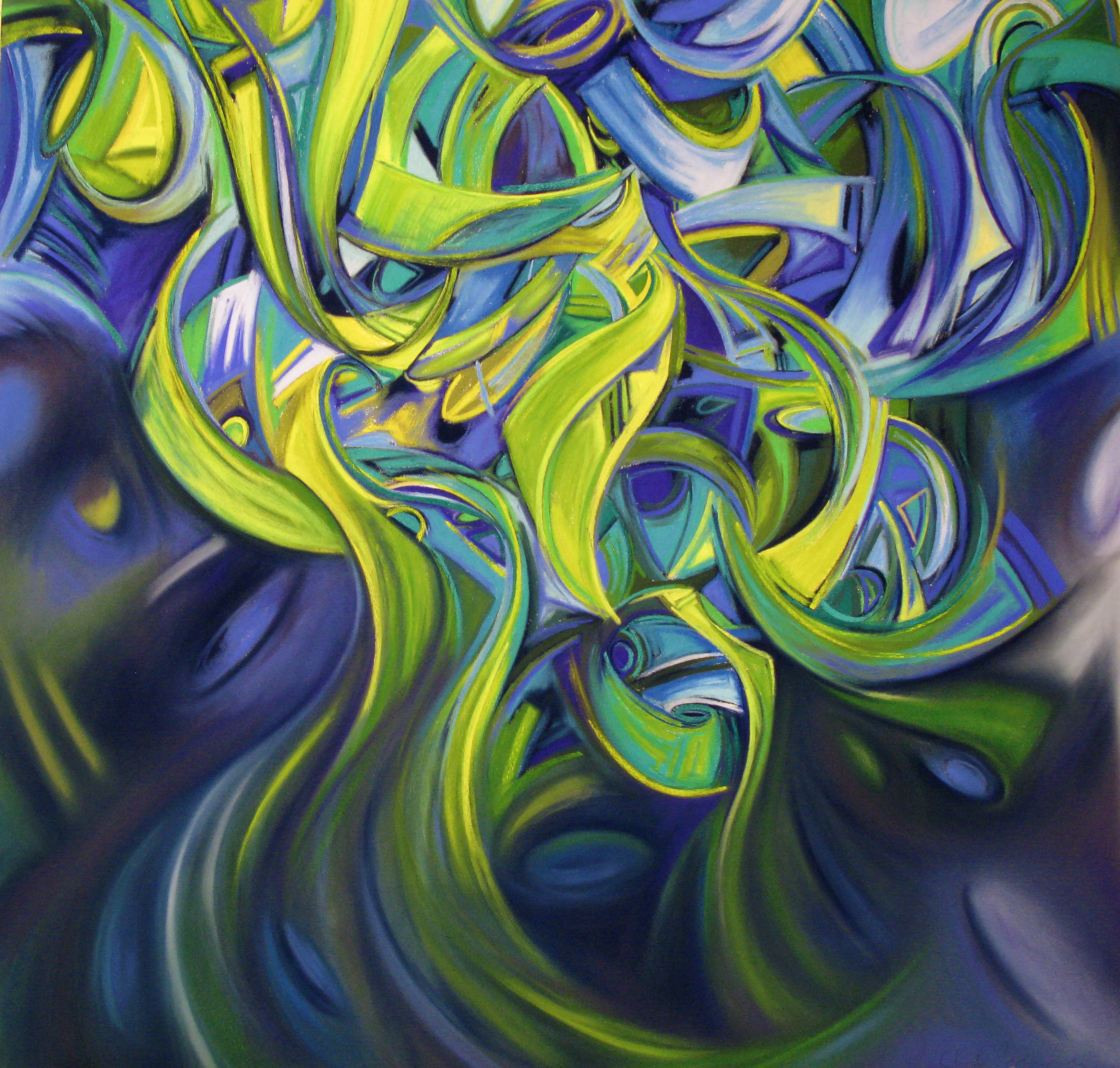 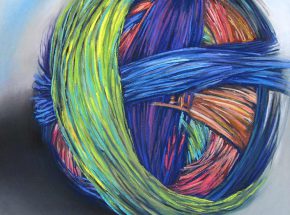