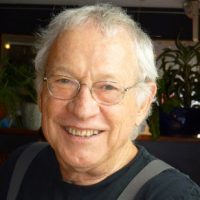 His early works included pop art pieces, mostly of cowboys. He turned to baseball later in his art career. Nicknamed the “painter laureate of baseball,” Richbourg is perhaps most famous for his renditions of America’s favorite pastime during the golden age of the sport. His father, a professional player in the Major Leagues in the 1920’s, was a great influence in Richbourg’s earlier work, which was created mostly in vivid watercolor. His mother, a teacher and amateur artist, encouraged Richbourg in his early creative endeavors. Richbourg, whose work has been shown at multiple New York City galleries, is an artist and art professor at St. Michael’s College in Colchester.