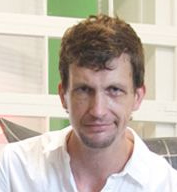 Lane Twitchell’s work often addresses specific American themes: his Mormon upbringing in Utah, middle-class consumerism, and the U.S. suburb as it multiplies ever outward and westward. In Day Zoo, however, he found inspiration in the Taipei Zoo—the largest in Asia, sprawling across four hundred acres.

Working in a five-foot by five-foot, square format, Twitchell’s work resembles a mandala, a spiritual symbol in Buddhism and Hinduism representing the universe. Circumscribed within the square, at the center point, is a circle. Addressing the notion of symmetry and balance, subtle differences between the left and right halves force the eye to whirl around the composition. Some animal figures are articulated, while their mirrored twin hides in the brush.

Twitchell pays homage to the Chinese paper-cutting tradition, a folk art that dates back to the Han dynasty of the fourth century. Like the reoccurrence of zodiac animals in jianzhi cuttings, Day Zoo is populated with wildlife native to Taiwan and Asia. And as Chinese paper cuttings so often engage with sunlight, hung in windows to illuminate the cutouts’ negative spaces, so does Day Zoo, summoning light—the glare of the sun burning white at its center.

For this work, Twitchell used four quadrants of three-hundred-pound watercolor paper for the base, cutting each with a blade. He built up the composition with eight to ten layers of cut paper, using a variety of Tyvek (polyethylene), Yupo (polypropylene), bond, and rice papers. A combination of acrylic and urethane paint was introduced sparingly, shaping the blue sky’s horizon and a jungle-like abstraction of flora at the bottom. Twitchell’s challenge in Day Zoo was to articulate the animals from cutouts—to communicate their physicality within the confines of the medium. A leopard then, does not have its spots painted on but are built in three-dimensional paper cuts with scrupulous precision. The work’s center is a stork, a symbol of good fortune, one of over 130 bird species found in the Taipei Zoo’s enormous aviary. It is flanked by leggy flamingoes, with Formosan sika deer. A menagerie of orangutans, elephants, giraffes, boars, butterflies, and pangolins crowd the canvas, while a (cosmic) turtle underpins Twitchell’s mandala.