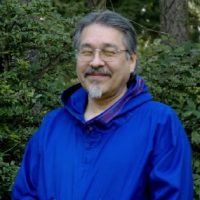 Larry states, “I was born in Fairbanks, Alaska but raised in Barrow and Anchorage, Alaska. My first introduction to the Arts was watching my mother, who is a very competent skin sewer. All my life, I was surrounded by my culture and my people, the Inupiaq of northern Alaska. The dances and songs of the Inupiaq tradition is the oral history of my people. It is the emotional interpretation of our respect and involvement within the environment of the North Slope of Alaska. My work involves the use of many media and materials. Within my designs, I incorporate the sense of my cultural design, but the interpretation is very personal and the conceptual format, I hope, will give the viewer an idea of the Inupiaq tradition.“

Mr. Ahvakana has been working as an artist for over 30 years. He is a graduate of the Rhode Island School of Design in Providence, RI; the Institute of American Indian Arts in Santa Fe, New Mexico, and Cooper Union School of Art in New York, NY.

He was an instructor, at the Institute of American Indian Art, in sculpture and glass; served as the head of the Sculpture Studio at the Visual Arts Center in Anchorage, Alaska and had a glass studio and taught glass blowing in Barrow in 1973 –74. In 1977 through 1980, he taught glassblowing at the Institute of American Indian Arts. In 1985, he was the Artist in Residence at the Pilchuck Glass School in Stanwood, WA.

He is most famous for his Inuit or Inupiaq figures and animals. His images are sculptured from wood, alabaster, marble, glass, ivory and cast in bronze or other metals. The images with their pristine, clean-lined form and an almost reverent presence capture the spirit of the Inuit. 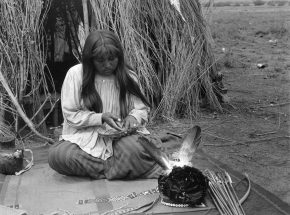 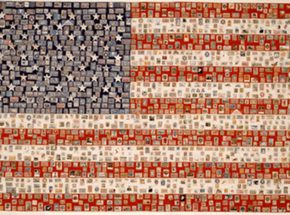