Larry Peters was born in Manhattan, Kansas. His family moved to Topeka when Peters was five years old. He was a 1956 graduate of Topeka High School. Peters attended Washburn University of Topeka, earning a BFA in 1962 and earned a MFA in 1965 from Southern Illinois Universit at Carbondale. He joined the Topeka Library first as a reader’s adviser in the fine arts department, then was named director of the library’s gallery in 1974, retiring in 2003. Special honors include the creation of a bird ornament for the 2002 White House Christmas tree and participation in the U.S. State Department’s “Arts in the Embassies” program.

Peters is a founding member of the Kansas Artists Craftsmen Association and a mamnber of the Topeka Art Guild. He won the Kansas Governor’s Artist Award in 1990.
www.askart.com 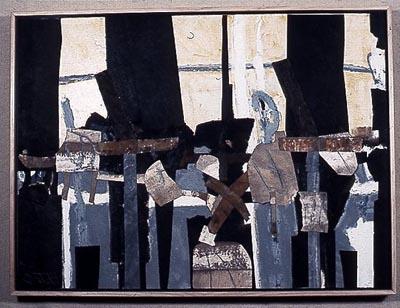