Laura Fragua Cota grew up at Jemez Pueblo in central New Mexico, where both her parents have lived all their lives. When she told her grandmother she wanted to be an artist, she was advised to find a secretarial job instead, where she could dress up and have a nice office.

After high school, Cota became interested in art therapy as a way to use her creativity to help people. While studying in the social work program of the now-defunct University of Albuquerque, she decided she needed more hands-on experience. “I thought if a client comes to me and he’s a sculptor or a painter, I need to understand the language of the medium.” So, she enrolled at the Institute of American Indian Arts in Santa Fe.

Her years at the Institute were formative, and they continue to influence her life and work today. Some male artists on the faculty were condescending to women students, but others provided support and mentoring, including Ottilie Loloma, Charles Daly and celebrated Apache sculptor, Allan Houser.

Cota paints and sculpts pieces in limestone and alabaster. Some of her works are traditional depictions of Indian figures, but she also works with abstraction because of what she considers its universality and emphasis on emotion and movement.
Occasionally working with social commentary, she created a mixed-media construction for a Christopher Columbus-themed exhibition. Made on a piece of animal hide shaped like the United States, “A Pathway of Our Future” depicts a line of dying babies, men and women rising to the sky. At Santa Fe’s 1994 Indian Market, the work received the Patrick Suazo-Hinds Award.

Laura Fragua Cota’s work is part of the permanent collection of the Institute of American Indian Art Museum in Santa Fe, where she has also served as curator. In 1998, she received New Mexico’s highest artistic honor, a Governor’s Award for Excellence in the Arts, with a concurrent exhibition at the Governor’s Gallery in the state capitol building. 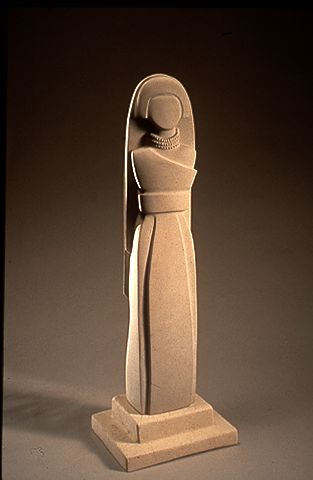 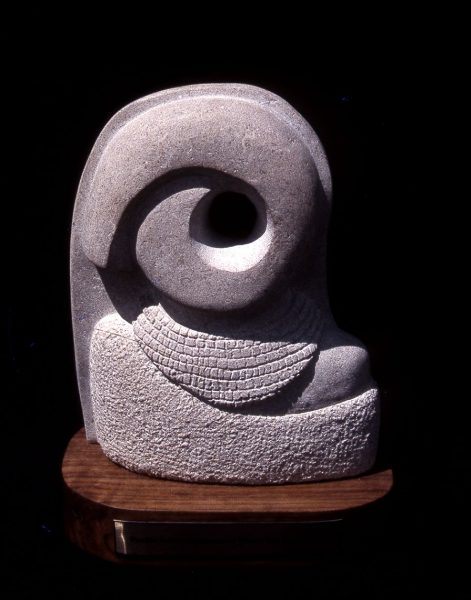 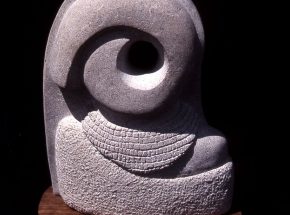