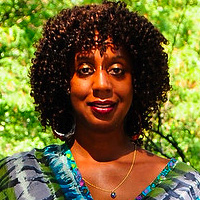 Lauri Lyons was born in the Bronx, New York and traveled globally with her military family. She earned a BFA in Media Arts from the Minneapolis College of Art and Design. For many years Lauri worked as a Photo Editor for several national magazines and organizations, including the prestigious Magnum Photos agency.

Since branching out on her own as a photographer, Lauri’s photographic range has enabled her to shoot celebrity portraits, ad campaigns and documentaries. She has worked in Africa, Australia, Brazil, Europe, Mexico and the United States. Her photographs have appeared in such publications as The London Observer, Stern, The Fader and Art Forum. She is the first Black woman to shoot the cover of Fortune magazine.

Today Lauri’s artistic practice has expanded to include videos, sculptures and public art installations. Her exhibition resume includes The Walker Art Center, Brooklyn Museum of Art and The International Center of Photography. In the Frame is an award winning documentary about her life and work as an artist.

Lauri is the recipient of the Sacatar Fellowship and has served as a faculty member and guest lecturer for several educational institutions such as, the International Center of Photography, New School for Social Research and the Rhode Island School of Design. 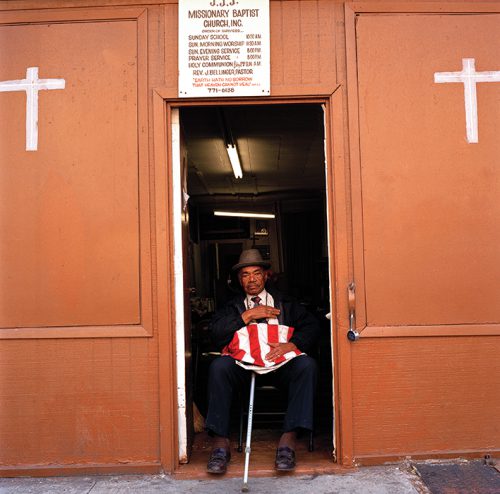 Lauri Lyons, An American Story Preacher, Photo printed on gatorboard, Overall: 20 × 20in. (50.8 × 50.8cm), Courtesy of the artist and MFON: Women Photographers of the African Diaspora