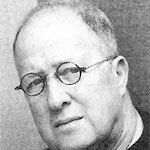 Lee Waisler’s work uses the language of compression and vibrancy of texture and color to express an inner emotional and spiritual freedom. Waisler’s belief in the interrelated duality of creation and destruction is influenced by Hindu-Buddhist precepts- as seen in the Eastern religious symbology in many of his abstract works. In a slow, accretive process, Waisler layers his canvases with pigments, sand, gesso, glass, shells, and other organic elements. The raised, graceful strips of wood that divide and define the different colored sections of his paintings create both a tactile sense up-close and a graphic punctuation to his works when viewed from afar. Lee Waisler’s art is in the permanent collections of the Metropolitan Museum of Art, New York, New York; the Brooklyn Museum of Art, Brooklyn, New York; The Jewish Museum, New York, New York; the Victoria and Albert Museum, London, England; the Smithsonian Institution, Washington DC; and the National Gallery of Modern Art, New Delhi, India; among others.