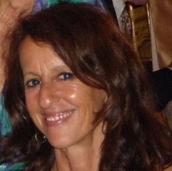 I create sculpture and environmental installations with architectural and organic structures. With interior and exterior installations, existing architectural features serve as a point of reference and as formal elements to challenge and expand the space.

My drawings resonate as markers of visual memory. Drawing from areas as diverse as archeology, myths, and dreams, environmental, cultural and scientific conditions, my work examines ongoing cycles of disintegration and cohesion. I often use nautical maps to draw on, using the maritime graphics as a place setting and as visual language.

My art references architectural, social and geological changes, and I try to capture that dynamic both physically and symbolically. Place or site, functions as a repository of individual and collective moments and memory, and forms a visceral bridge for the viewer to experience a blending of numerous time-frames, real and imagined.

I am interested in the spaces and metaphors created by the sculpture (object) “occupying” the space, and so the dynamic with the viewer becomes paramount, evoking physical and emotional response to the work and encouraging interaction.

The materials I use often come from the place or site: reclaimed architectural elements, wood, metal, blocks of salt, stone, pigments, cement, solar LED lighting, and sound. There is a social and cultural aspect to collecting and using these materials and a narrative that emerges in the work

The archetypal images and forms become a visual and physical language through which I explore our relationship to personal and public spaces, in culture, communities and nature, in an immediate sense and throughout history.

Ms. Nozick holds a BFA from Philadelphia College of Art, and an MFA from Pratt Institute. The artist has exhibited her work in galleries and museums , done site-specific installations , been awarded public art commissions, and has received international, national, state, and foundation grants and fellowships for her work.

Ms. Nozick has taught and lectured at William Patterson University, Pratt Institute, the American University in Corciano, Italy, and is currently teaching at Miami Dade College.

Lori Nozick was recently awarded the Pollock Krasner Foundation Grant, was featured with an interview and photos in January-February 2012 issue of Sculpture Magazine, “The Girl Who Liked to Smell Dirt”. 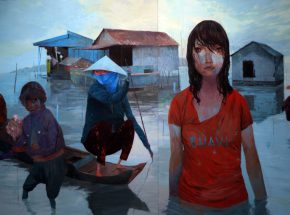