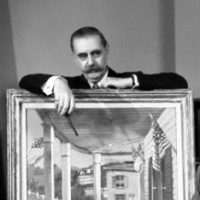 Louis Bouché (1896-1969) was born into a tradition of artists. His grandfather was a minor Barbizon painter and his father, who brought the family from France to New York, worked as an interior designer. The Bouchés visited Europe regularly and lived in France from 1909 to 1915. Louis studied art at several schools in Paris and spent a year at the Art Student’s League in New York. Uninspired by the “academic” training at the League, he and Alexander Brook left the school and rented a studio together. Through the Penguin Club, organized by Walt Kuhn, where artists could exhibit their work and trade ideas, they met, among others, Jules Pascin, Arthur B. Davies, and Edward Hopper, and the collector John Quinn.

Bouché is known as a painter of the American scene, recording the daily pleasures of rural and suburban life. In a 1962 New York Times review Stuart Preston described him as “an American realist who finds poetry, but not obvious poetry, in the commonplace.” Guy Pène du Bois had similar feelings about the work and wrote in the catalogue for Bouché’s first show at Kraushaar:

Louis Bouché is one of those fortunate painters who can do the simple things they like without feeling like Corot’s ‘specialists,’ that they might better be doing a crucifixion…. Subject matter with him seems to happen, comes to him, is around…. He does not try to prove anything, I am sure, beyond his delight in the thing before him. That is enough. 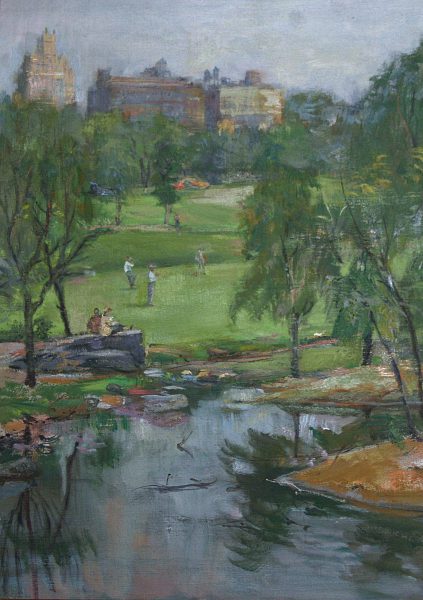