Lynn Boggess grew up on a farm near Parkersburg, West Virginia. He received a BA in Art Education from Fairmont State College and an MFA in Painting from Cranbrook Academy of Art, Bloomfield Hills, Michigan. He has been Professor of Art at Fairmont State College since 1990 and Coordinator of the Art Department since 2002. He has been honored with several prestigious awards in West Virginia, including the Higher Education Art Educator of the Year in 2001, Visual Artist of the Year in 1999, and the Governor’s Award of Excellence in Painting in 1997. His landscapes have been acquired by both public and private collectors, locally and internationally, including the West Virginia Governor’s Mansion, SAS Institute, and Eisai, Inc. 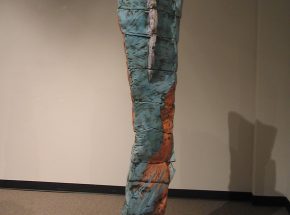