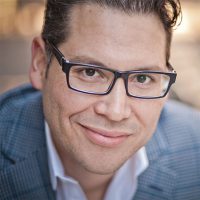 A native of Dallas, Texas, M. Giovanni Valderas is of Guatemalan, Mexican, and American heritage. It is the intersection of these distinct cultures that he addresses in his mixed media pieces. These explore history and identity by deconstructing and re-appropriating the piñata, both in its recognizable form and its construction methods. As Valderas explains, “For lack of a better term, I have been describing my works more as ‘cultural constructs.’ I pull elements from my Latin American ancestry, exploring the methods of piñata making and my cultural history. I’m also influenced by my American roots and appropriate imagery from the 1960’s TV show Gomer Pyle U.S.M.C., a show I grew up watching reruns of and have personal associations with.”

Valderas’s images are somewhat dark and mysterious in their explorations of history and memory. In fact, his pieces mimic the act of remembering, which is emotional, imperfect, and absolutely personal. He says, “It’s always my hope that my work evokes a sense of history of who we are and how each of our own personal histories relate to each other in the context of cultural influences.”