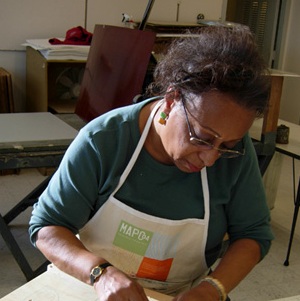 Margo Humphrey was born in Oakland, California, educated in the Oakland Public Schools, Bethlehem Lutheran Parochial School and Graduated from Oakland High School as an art major in 1960. She received her Bachelor of Fine Arts degree from the California College of Arts and Crafts in Painting and Printmaking in 1970. She was awarded graduate Fellowship to The Whitney Museum of American Art Summer Program in 1971 while attending Stanford University Graduate School. She graduated from Stanford in 1972 with Honors and a Masters of Fine Arts degree in Printmaking. She has been the recipient of numerous fellowships and awards, among them: The James D. Pheland Award bestowed by The World Print Council, Two National Endowment of the Arts Fellowships, a Ford Foundation Fellowship and twice initially awarded a Tiffany Fellowship for full tuition to Stanford University in 1971 and again in 1988 for an Artists Fellowship. A one-year Fellowship in 1980 was awarded to Humphrey by the Ford Foundation, National Research Council for research at Tamarind Institute in Albuquerque, New Mexico, through the National Academy of Sciences in Washington, DC.

Artist, printmaker, professor of art, and visionary voice Margo Humphrey has created a body of work that is a personal chronicle of her life, family, loves, fears, and joys. Her exhuberant imagery addresses subjects ranging from personal memory and African American culture to food, religion, music, and relationships. 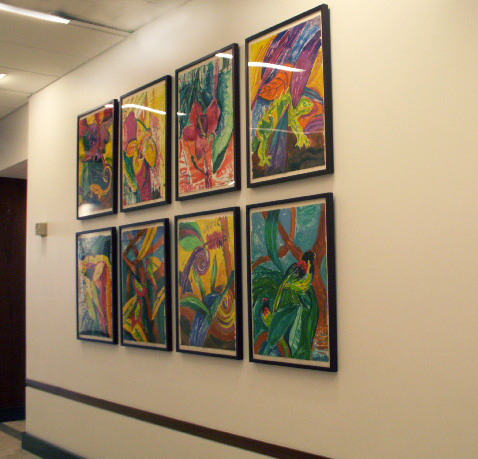