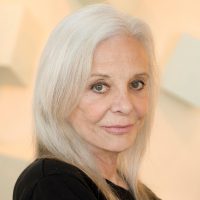 Marietta Patricia Leis is an American artist living and working in New Mexico. Known primarily as a painter her work extends to drawings, mixed media, sculptures, photos and more recently videos. Leis’ work has been exhibited extensively in the US and abroad,

Leis’ renowned blue paintings since 2001 have been largely monochromatic on deep wooden architectural formats that recede to the wall and give the paintings the appearance of floating. The formats form shadows on the wall that is an integral part of the work. These paintings are usually done in series’ of 4-6. The repetition and the installations of the paintings distinguish the work. In this work Leis Focuses on space rather than form.

Leis’ Italian family background and her many visits to Italy impacted her earlier work of the 80s. Her abstract paintings with fractured forms of architecture and flowers, of color and baroque abundance called, Mosaics and later Illuminations, reflected that influence. This work was shown twice at the Museo ItaloAmericano, San Francisco and appears in many public collections.

In 1987, intrigued by Italian Arte Povera movement, Leis traveled to Turin, Rome and Todi and met Algherio Boetti and Mario Mertz two of the leading figures of that group. Leis’ art for several years after this visit turned to common textural materials, constructions, charcoal drawings and mixed media with the themes of abstract houses, doors and windows. The Neighborhood, an installation of transformed partial doors connected by a pathway was included in a large outdoor sculpture survey, Sculpture in Public Places, on the campus of the University of New Mexico in 1989.

Leis was the recipient of The E.D. Foundation (N.J.) grants in 1994, 1995 and 1996. These grants funded the Marietta Robusti Tintoretto Story, an art exhibit with text telling the story of this forgotten artist, daughter of the Italian master. The exhibit toured the US for three years following its premiere at the Jonson Gallery at the University of New Mexico in the fall of 1996. Lucy Lippard called Leis’ paintings with sculpted frames ‘lyrical, painstaking homage’s’ in an essay for the exhibition. Lippard references the painting’s loving detail and says, “These elegant frames protect both the art of Marietta Tintoretto and Marietta Leis.”

The extensive research that Leis did, including that done in Venice and Florence, made her an expert source of Robusti Tintoretto material. Leis was in demand as a speaker on the topic at many of the exhibit’s venues. This research is now in archived and accessible in the Valente Italian Library, Seton Hall University, South Orange, New Jersey.

When asked about her own philosophy regarding her art Leis stated, “Art stretches one’s mind and vision. It helps people to comprehend the inexplicable and to aspire to live life at an aesthetic level of consciousness.” She continued that her intention in her art is to evoke a sensory-visceral response, “The aim of art is to represent not the outward appearance of things but their inward significance.”

Leis has a BA and an MA in Psychology from Antioch University, Los Angeles. The University of New Mexico awarded her an MA and MFA in studio art. She has taught art in the US and abroad at several levels.
www.MariettaLeis.com 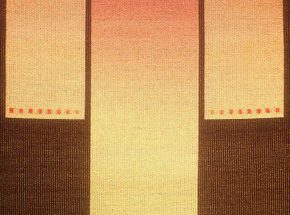