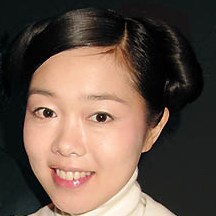 Mariko Mori’s work has turned from its initial preoccupation with the roles of women in Japanese society to increased internal, spiritual and unifying themes. Her constant quest for research has enabled her to create abstract, large-scale and highly accomplished three-dimensional works which cross various disciplines, including science, architecture, cinema, and music.

Mori graduated from the Bunka Fashion College in Tokyo in 1988 and worked initially as a fashion model. Mori moved to London in 1988 to attend the Byam Shaw School of Art and studied at the Chelsea College of Art in London from 1989 to 1992. In 1992, she moved to New York, and in 1993 completed an Independent Study Program at the Whitney Museum of American Art. Mori continues to live and work in New York.

Selected exhibitions and installations: in 1993, the interactive and world acclaimed installation, “Wave UFO” began its tour in Kunsthaus Bregenz, (Austria), continued at the IBM building in New York with the Public Art Fund (New York) and thereafter at the Palazzo Ducale (Genoa) in 1994; in 2005 “Wave UFO” was included in the 2005 Venice Biennale and then traveled as part of “Oneness”, a large-scale mid-career touring retrospective that was held in April 2007 at the Groninger Museum (Holland), in October 2007 at the Aarhus Kunstmuseum (Denmark) and in 2008 at the Pinchuk Art Centre (Ukraine); in 2009, “Flat Stone” at the Scai the Bathhouse (Tokyo); and “White Hole” at the Galerie Emmanuel Perrotin (Paris).

Mariko Mori has been the recipient of various awards including the prestigious Menzioni d’onore award at the 47th Venice Biennale in 1997, and in 2001 the 8th Annual Award as a promising Artist and Scholar in the Field of Contemporary Japanese Art.