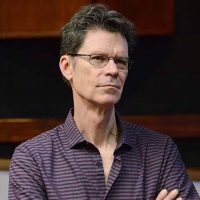 Mark Cameron Boyd was born in Jonesboro, Arkansas and took his baccalaureate in Fine Art at the University of Arkansas. He moved to Los Angeles in 1976, where he worked as an artist and musician, co-founded an alternative art space, and traveled to France and Germany as publicist for the Nina Hagen Band. He later taught his self-designed courses in film noir and pop culture for the Art Center College of Design in Pasadena until 1993.

Boyd moved to Maryland in 1996 and completed his MFA in Painting at the University of Maryland, College Park. Since 1999, he has taught art theory, drawing, painting, 2-D design and photography for the University of Maryland; film noir at the Monterey Museum of Art; drawing, photography and 2-D design for Montgomery College, and painting and collage at The Art League in Alexandria, and drawing and art history for Prince George’s Community College. Beginning in 2004, Boyd has taught painting, drawing, and his self-designed art theory courses, Theory Now and Postconceptualism for the Corcoran College of Art and Design. Boyd served as the Coordinator for Senior Studio in 2010-2011, guiding the BFA candidates’ Thesis Projects for the inaugural “NEXT” exhibition at the Corcoran Gallery in April 2011.

Boyd’s artwork explores “text as a language for painting” by literally using his original writings as the subject of his works. Boyd’s solo exhibition, Logocentric Playground, shown at American University Museum at Katzen Arts Center in 2006, expanded his practice to participatory art, as visitors were invited to write directly upon his blackboard panel installation. Boyd has shown his work at the Center for the Arts Gallery at Towson University, University of Maryland’s Stamp Gallery and other commercial galleries in Washington, D.C. He has also had solo shows at the Catholic University of America and the Hamiltonian Gallery. In 2014, Boyd presented his curatorial project, Readymade at 100, a juried show in celebration of Marcel Duchamp’s readymades that was mounted at American University’s Museum at the Katzen Arts Center.

In 2007, Boyd was a Janet and Walter Sondheim Prize Semi-Finalist and exhibited at Maryland Institute College of Art in Baltimore. He began teaching his self-designed contemporary theory course, Art as Social Practice, at the Corcoran in 2013 that engages his ongoing series of participatory text blackboard installations for public interaction. Beginning in 2014, he taught Art as Social Practice for George Washington University’s Columbian College of Arts and Sciences where he is currently one of their Adjunct Professors. 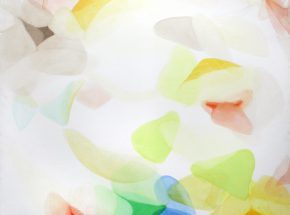