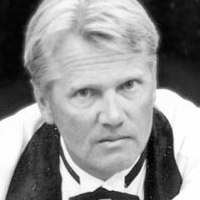 Mark Lundeen is a highly realistic sculptor with a fine sense of detail and creates sculpture with fluid lines, balance and integrity. A native of Holdrege, Nebraska, Mark was educated at the University of Nebraska in Kearney and received a Bachelor of Science degree in Business. After graduating from college, Mark spent eight months in Europe studying the old masters. In 1981, he moved to Loveland, Colorado, established his sculpting studio and began a highly successful career as a sculptor.

Mark can capture one moment in time and translate that moment into eternity. A natural born storyteller, he stages his artwork around the stories or emotions the characters portray, allowing each viewer to find a different version. His work has a strong physical presence, whether it is an aggressive athlete, a pensive elder or a shy child.