Mark Alan Stamaty is an acclaimed cartoonist and illustrator. His children’s books include Who Needs Donuts?, Alia’s Mission, Shake, Rattle & Turn That Noise Down!, Small in the Saddle, Minnie Maloney & Macaroni, and Where’s My Hippopotamus? In 1977 and1978, Stamaty’s panoramic centerfold cartoons of Greenwich Village and Times Square for the Village Voice attracted widespread attention and were sold by the Voice as posters. He then created a series of comic strips for that paper, including MacDoodle St.

In 1981, he created the acclaimed political comic strip Washingtoon for the Voice and The Washington Post, and it was picked up by more than forty papers. From 1994 to 1996, he was the political cartoonist for Time, and from 2001 to 2003, he produced the monthly comic strip Boox for The New York Times Book Review. His cartoons, illustrations, covers, and comics reporting have appeared in The New Yorker, Harper’s, The New Republic, New York, GQ, and many other magazines and newspapers. His honors include two Gold Medals and two Silver Medals from the Society of Illustrators, the Premio Satira Politica Forte dei Marmi 2005 award from the Museum of Satire and Caricature in Forte dei Marmi, Italy, a Page One Award from the Newspaper Guild of New York, and the Augustus Saint-Gaudens alumni career award from the Cooper Union. 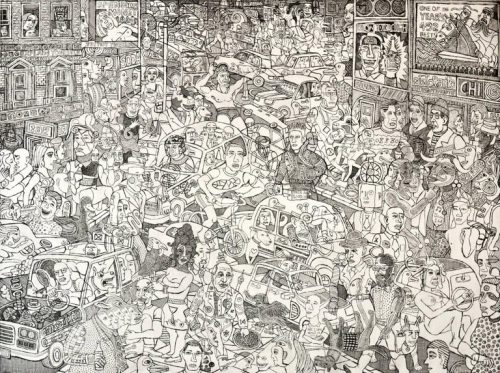 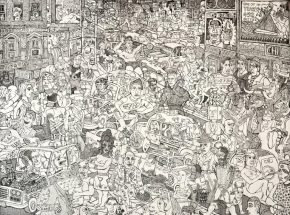