Marlana Stoddard-Hayes was born in Ottumwa, Iowa, where she spent her teenage years involved in raising and training Morgan horses. She was accepted into the foundations program at the Kansas City Art Institute in lieu of her senior year in high school. She went on to train in lithography under the tutelage of Bill McKim, a student of Thomas Hart Benton. At the institute (1975-77) she was exposed to the idea of “tonalism in the stone,” or waiting for the material to assert itself. Stoddard-Hayes studied art history at the Institute of European Studies,Vienna, Austria (1978), received a Bachelor of Fine Arts degree in painting and drawing from Colorado State University (1980), a Master of Fine Arts degree in the same at Wichita State University (1983), a Master of Arts degree in interdisciplinary studies from Marylhurst University (Portland, Oregon, 2001), as well as having studied painting and drawing at Marchutz School, Aix-en-Provence, France (1989). She has been the recipient of numerous awards – grants, distinctions, residencies, and commissions – and her work has been widely exhibited.

After my M.F.A., I have taught for over twenty years in various settings, working for seven years as an artist-in-residence with the Kansas Arts Commission in western Kansas. I went to Oregon as a Sitka resident in 1990, after completing two summers living in the Drome region of France with reclusive poets, who live quite simply, but beautifully. This experience changed me deeply and affected my decision to follow the path of beauty, or illumination. In architecture this philosophy is embodied in the work of Christopher Alexander, whom I greatly admire, and in the ideas of the mystics. My sense of inquiry into the workings of the world comes through the medium of oil paint, which I find both opaque and transparent.”
www.sitkacenter.org 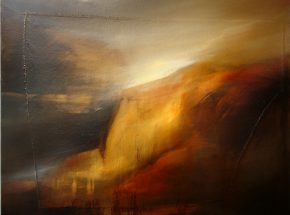