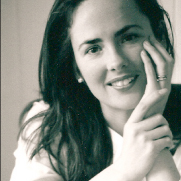 Marlee was raised in Petoskey on the shore of Lake Michigan. Her love of nature was fostered there and in the mountains of the U.S, and Austria, where her championship ski-racing career took her to train and compete.

A graduate of the University of Michigan, Marlee also studied at U.C. Berkeley and in Tours, France, Her continued studies have included, masterpiece painting at the Metropolitan Museum of Art, Art Students’ League of New York, National Academy of Design, Parsons School of Fine Art, Vermont Studio center, and En Plein Air School of Painting in Paris.

Marlee’s work hangs in many private and corporate collections. Most notably her painting hung in the Washington, D.C at the White House. She has exhibited extensively, including the Gallerie Chabin in Paris and the Wally Findlay Gallery in Chicago, Several of her paintings have been selected for the U,S, State Department’s Art in the Embassies Program. She is honored to have her
work in this prestigious international exhibit.

A professional artist for more than twenty years, Marlee works on location and in her studios on Mackinac Island and in Petoskey, where she lives with her family.