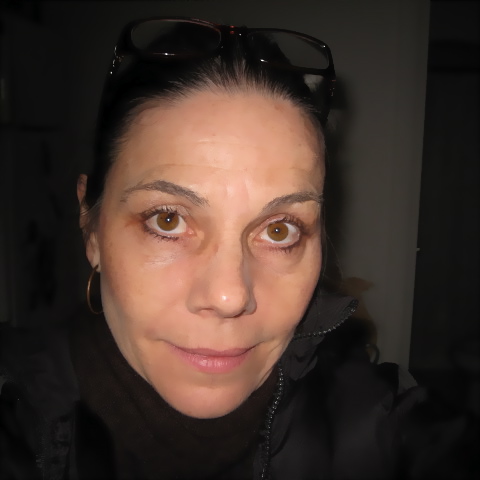 Marsha McDonald was born in Toledo, Ohio. She received her BFA from the Minneapolis College of Art and Design. While working at the Guthrie Theater in Minneapolis, she was the recipient of a Tyrone Guthrie grant to study pilgrim symbols at Clonmacnoise, Ireland. She also taught children at the Minneapolis Institute of Art before moving to San Francisco. In 1994, she left San Francisco and moved to Milwaukee, Wisconsin. She now lives and works in Milwaukee and Seoul, South Korea.

She has been awarded art fellowships in Spain and Germany. Travel within and
outside the United States is important to her. She has made several visits to paint and develop work to Spain, Denmark, and France, also visiting other European countries, Korea, and Japan. She is also a fellow of the Wisconsin Academy of Art and Sciences.

Marsha McDonald’s paintings are intimate explorations of the landscape, the “spiritual interferences” that surround actual places, and the kinds of light resonances these places inspire in her. She explores light as both phenomenon and metaphor. She is interested in Buddhist art and 19th and 20th century spirit photography of Europe and America, not as supernatural documents, but as curiously intriguing objects embodying the cultural desire for luminous, enigmatic experiences. She cites the writings of Ralph Waldo Emerson, John Muir, and modern poetry as strongly influencing her painting.

Her recent work is often split, two paneled. She is thinking and feeling a kind of real site and imagined landscape numeration, the over and again, “though” and “perhaps”, of endangered stillness. “Naturally quiet backgrounds are an imperiled acoustic resource” a Dr. Barber writes. While Ms. McDonald’s paintings do reference specific places, a Wisconsin shore or garden, a Korean stream, a German river or the Danish seas, they are altered by memory and contemplation.

She has exhibited her paintings nationally and internationally, including an American Embassy-sponsored exhibition on art and the environment in Sri Lanka. Her paintings are in both private and public collections in the United States and abroad.

She has collaborated, and continues to collaborate, with other artists, including writing 2 “flexible librettos,” based on the lives of poet Lorine Niedecker and naturalist John Muir, with composer Steve Nelson Raney. She also contributed to a “portable library,” BookWorks, handmade books inspired by the 2002 Grimma flood and the 2004 Amelia Library fire in Weimar, now in the collection of the Art House Denkmelschmeide Höfgen in Germany. 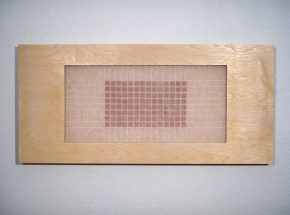