New York artist Marthe Keller has been exhibiting internationally since 1976. Keller’s paintings and prints explore the material conditions of making and reproducing. Her paintings, collages and prints are represented in public collections including the Metropolitan Museum of Art, MoMA New York, the Whitney Museum, the British Museum, the San Francisco Museum of Modern Art, and many others. Keller has received grants, awards and residencies from institutions such as the National Endowment for the Arts, the New York Foundation for the Arts, the MacDowell Colony, the Chicago Art Institute, Princeton University, Ohio State University, University of Connecticut, Virginia Commonwealth and the Vermont Studio Center.

After her early years in rural NY state, Keller moved to Rome, Italy in the 1960’s and she returns there annually to paint. Marthe received her B.A. degree from the Maryland Art Institute and an MFA from Queens College, CUNY. Keller teaches painting and drawing in the Art Department at Hunter College, NY. She is the Founder of the BAU Institute, an international arts residency, and she serves as editor of the American Abstract Artists Journal, americanabstractartists.org. SeeingThrough/VedereAttraverso, was Keller’s recent two person show at Casa Italiana Zerilli Marimo NYU, in 2017.

Her recent solo shows include The Coach with Six Insides, Queens College, NY, 2013, and rain kiss on me back, Garrison Art Center, Garrison, NY, 2012. In 2011 she had a large survey, My life in the Wake, at the New Arts Program, Kutztown, and Northampton College, Bethlehem, PA. Also in 2011 Marthe exhibited a 30 foot painting, Fold Color Replay, in a three-person show, FLUID, at Towson University, Baltimore, MD, and the Delaware Center for Contemporary Art, Wilmington, DE. In 2008 and 2009 Keller’s one-person exhibition, Corso Ricorso, toured Italy and Germany with a catalog available on line. 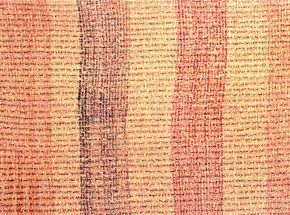