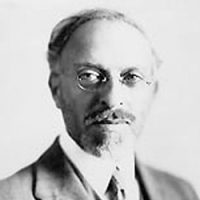 Maurice Braun immigrated to the United States with his family when the artist was four years of age. An exceptional talent, he copied works of art at the Metropolitan Museum of art, in New York City, and in 1897 enrolled in the National Academy of Design, also in New York. He spent three years there and then studied under noted painter, William Merritt Chase, for an additional year. In 1902 he went to Europe, visiting Austria, Germany, and Hungary, the country of his birth.

Returning to New York in 1903, Braun soon earned a reputation as a figure and portrait painter. However, his interest in landscape painting led him to a decision to move to California. In 1910 he opened a studio on Point Loma in San Diego. He became an active member of the art community and founded the San Diego Academy of Art in 1912, and was also active in art circles in San Francisco and Los Angeles.

In 1921 Braun returned to the East and established studios in New York City; Silvermine, Connecticut; and finally in the art colony in Old Lyme, Connecticut. After a few years he returned to San Diego, but continued from 1924 to 1929 to spend part of each year in the East. In 1929 he joined nine other artists in forming the Contemporary Artists of San Diego. Braun was affiliated with the Theosophical Society, the tenets of which had a profound influence on his art. His paintings were expressions of nature’s moods, rather than purely descriptions of the landscape.