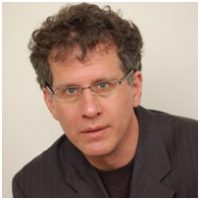 Max Ferguson (born New York City, 1959) is an American artist best known for his realistic paintings of vanishing urban scenes in and around New York.

Ferguson learned the discipline for his meticulously rendered oil paintings while doing hand-drawn animated films as a teenager, graduating from New York University film school in 1980. But it was while spending a year at an art school in Amsterdam when he was 19 that his interest switched from film to painting. He was, and continues to be, greatly influenced by Dutch 17th century painting. “My ideal artistic marriage would be Vermeer and Hopper,” says Ferguson. While in Amsterdam, after only painting a few months, the City of Amsterdam purchased one of his paintings. Back in New York a short time later, H.W. Janson, author of the classic text, History of Art, also acquired one of his paintings.

He has worked on a number of series over the years, including Subways, Coney Island, nocturnal imagery, and Jewish scenes. While he has concentrated on painting scenes of a rapidly disappearing New York or most of his career, he has recently begun expanding his imagery to include Florida, Ireland, and Israel. “My work is essentially autobiographical,” says Ferguson, with his two most frequent models being his father and himself.

Ferguson’s works are in many prominent private and public collections including the Metropolitan Museum of Art, the British Museum, The Museum of the City of New York, and the Crystal Bridges Museum of American Art. 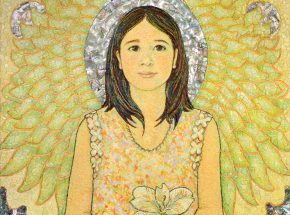