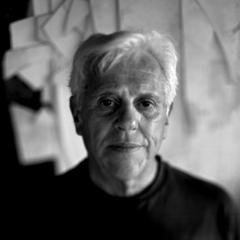 One of the founders of Portland’s modern art scene continues to produce eye-popping work. Sculptor Mel Katz calls his pieces “shape paintings” because they incorporate techniques from painting and drawing as much as from three-dimensional expression.

In 1964, Katz came to teach at the Museum Art School (now the Pacific Northwest College of Art). After one year he leapt to PSU, taking the teaching position vacated by Robert Colescott. And in the three decades plus since, like an art-world version of crotchety acting teacher Lee Strasberg, Katz shepherded scores of the region’s blue-chip talents. These included Lucinda Parker, Rene Rickabaugh, Gina Wilson and many others who would cement reputations elsewhere, such as Mathieu Gregoire and Ken Butler.

By the ’70s and ’80s, Katz was on his way to finding a full-fledged original style, with an elegant eye for shapes and lines that could be seen as distant cousins to the work of iconic minimalists Judd and Serra. But Katz also used some of the most inelegant materials that a sculptor could ever use, like Formica, which, aside from being ugly, was just plain cumbersome.

Though he may be retired from teaching, Katz has yet to slow down. He’s still more New York chutzpah than Portland politesse. And he still shows up regularly to the same Old Town studio he has occupied for 31 years. Then, as now, work is foremost on Katz’s mind. That and perhaps a larger place in history. 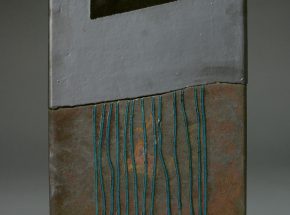