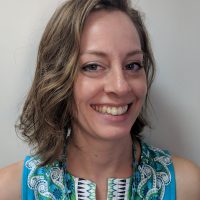 Melissa Finkenbiner was born and raised in the United States in rural Ohio. In 2008 she received a Bachelor of Arts in Art Education.
Since 2011, Finkenbiner has been living as a expat. She has moved from Myanmar to Armenia and, most recently, Zimbabwe. The immersion in such diverse places has greatly impacted the themes and mediums of her art.
In Myanmar, Finkenbiner was inspired by the serenity of the various people groups during a time of rapid change. Her large oil paintings revolved around themes of changing fate, while her intimate ink drawings captured fleeting rhythms of everyday life.
While living in Armenia, Finkenbiner’s oil paintings drew from Armenian Myths. Here she expanded into work with upcycled material for sculptural small installations. Her new ‘canvases’ included old windows, glass bottles, and pieced together cardboard blocks.
In 2016 Finkenbiner moved to Zimbabwe, where she will reside until 2020. Here she has continued with the same upcycled foundations and she expanded into working on varied fibers of handmade paper from paper artists around Zimbabwe. While the people continue to be her primary subjects, the landscape has influenced her themes.