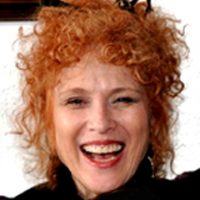 Celebrated painter, Merryl Jaye’s style is not only visionary, it’s irrevocably her own and unmistakably recognizable. Her beautiful scenic vistas evoke a romance and majesty of nature as if seen through the eye of a free-spirited impressionist who paints in today’s world. She manages to capture an innate understanding and sensibility of light. Her love of brilliant color and unedited, painterly brushstrokes seem as if she could have daubed them onto her canvas on the left banks of Montmartre.

Raised in Southern California, Merryl began painting at age twelve. Fascinated by performing arts, she also studied and sang light opera, winning multiple scholarships. In her late teens, Merryl served her country by entertaining the troops in Vietnam with the USO. After a successful career as a songwriter, recording artist, and having appeared on stage and television, she chose to follow her true passion: painting.

Like her gift of music, Merryl’s art has a harmony of composition. Her subject matter consists of people or places you feel you’ve known before. They appear timeless whether it’s her enchanting cottages, her ethereal landscapes or her heartfelt images of children. Her provocative depictions of women of every ethnicity combine the qualities of sensuality and dignity.

Starting as a classical artist, Merryl’s technique instinctively transitioned into a more free-styled, interpretive approach as her love and passion for nature grew. It’s as nature dictates her brushstrokes, which create constant movement.

Merryl’s deep background in music is also a major influence in her artwork. This allows her the sensitivity and understanding to capture on canvas the emotion and spontaneity of jazz in live performance. Selected for their preeminence in their field, her subjects have been vividly rendered, using a fresh, contemporary, expressionistic style. This successfully harmonizes the twin mediums or art and music. She recreates an uncanny likeness of her subjects and even more importantly, captures their true essence. Jaye claims painting as her true passion, and her musical gifts carry over into the harmonious and intuitive portraits of the great musicians she admires and portrays 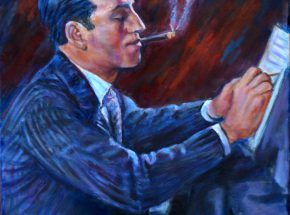