Born in Russia, Michael Lenson emigrated to America in 1911. While a student at the National Academy of Design in 1928, he won the coveted Chaloner Paris Prize which paid for four years of study in London (Slade School of Art), Paris (Academie des Beaux Arts) and the Netherlands. While abroad, his works were exhibited in the Autumn and Spring Parisian Salons and other venues.

Upon his return to America, Lenson won critical acclaim in one-man shows in Manhattan’s Kende, Bonestell and other galleries. When the Great Depression stuck, he became director of WPA mural projects for the state of New Jersey. He completed major murals for Newark City Hall, The Verona Sanatarium, Weequahic High School in Newark, New Jersey, and the Post Office in Mount Hope, West Virginia. Who Was Who in American Art calls Lenson “New Jersey’s most important muralist.”

Michael Lenson was a man of many talents. “The Realm of Art,” a weekly column he wrote for The Newark Sunday News from 1956-1971, established Lenson as “New Jersey’s most distinguished art critic,” according to scholar William Gerdts.

Lenson painted and exhibited extensively until his death in 1971. His works are in the collections of the RISD Museum, The Maier Museum of American Art, The Johnson Museum at Cornell, The Newark Museum, The Montclair Art Museum, the Wolfsonian Collection and many others.

Collectors and lovers of Lenson’s art value his consummate skill as a draftsman and the flawless technique he achieved by close study of the Old Masters.

Lenson stands apart as one of the most accomplished artists of his age – a true Renaissance artist and man living and working in twentieth-century America. 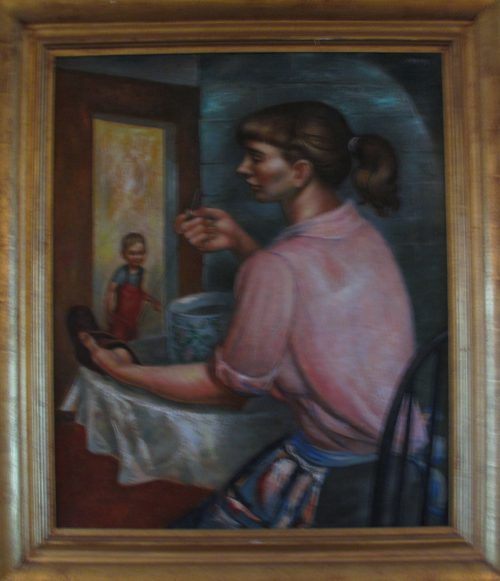 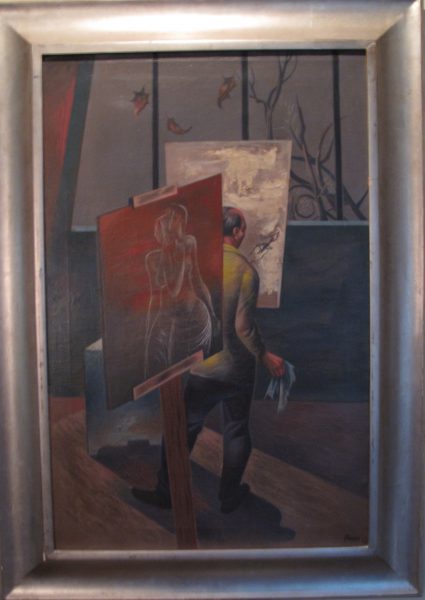