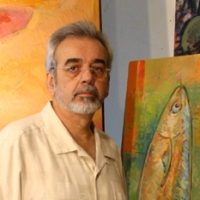 Michael Piechocinski was born in Daytona Beach, Florida. His interest in art started at a very young age under the guidance of his father, a musician, photographer, and amateur cartoonist. After moving to Flint, Michigan his education as a young artist continued at the Flint Institute of Art sponsored by a grant from the Charles Stewart Mott Foundation. Later in the Army, he was very much influenced by his exposure to the cultures and artistic expressions of the American Southwest, Southeast Asia, and India. He later attended Northern Michigan University with a scholarship earning his BA and MA, under the mentorship of Wolfram Niessen. Later formative art experiences came from Lasalle University, The University of New Mexico, Trinity College, and a Fellowship under a National Endowment for the Humanities Grant at the Smithsonian Museum of African Art. 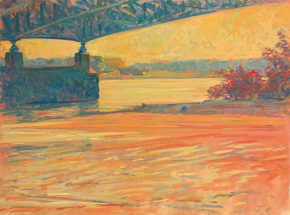