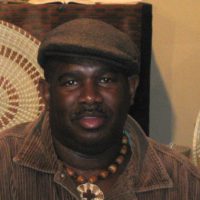 Michael Smalls is strongly committed to preserving sweet grass basket making. Coming from a family of South Carolina Gullah basket makers, he learned the art from his great grandmother who taught him the basics of “sewing” baskets at the age of eight years old. He has achieved the status of master craftsman and teacher creating his own work and teaching classes and workshops in his local community and beyond, to preserve the art.
His work has appeared in the annual Mt. Pleasant, SC sweet grass basket festival; the McKissick Muesuem basket day festival at the University of Charleston; and as part of the Museum for African Art traveling exhibition called Grass Roots: African Orgins of an American Art (2008-present), which has appeard at the Smithsonian Institution’s National Museum of African Art and other venues around the United States. One of Smalls’s Fanner basket was part of the foodways exhibit Roots, Rice, and Beans: Africa in our fields and Cooking Pots (2010) curated by Roots Cuisine and displayed at the Southern Food and Beverage Musuem in New Orleans, Louisiana. He has been interviewed and his work is featured in the PBS series, “Getting Away Together” in 2011.

Statement provided by the artist, 2012 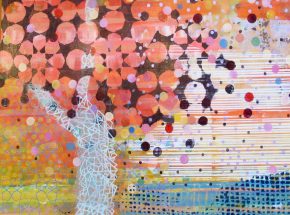