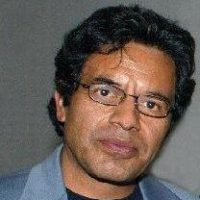 Born in Quito, Betancourt is a painter, after private studies with the late Oswaldo Moreno, studied at the Milwaukee Art Center in the United States in the 1970’s, and in the late 1980’s at the Slade in London. He comes to us a virtual unknown, as would most South American artists.

With a solid reputation in his own country and considerable international exposure, Betancourt was selected by the Ecuadorian Ministry of Foreign Affairs. There are 22 works, primarily oil on canvas.