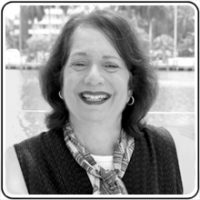 Mira Lehr was born in New York but has lived most of her life in Miami. She is a graduate of Vassar College and has studied painting with Robert Motherwell, James Brooks, Roberto Juarez, and James and Nieves Billmyer (long time students of Hans Hofmann.) She participated with Buckminster Fuller on the first World Game Scenario Project at the New York Studio School.

Lehr’s work is represented by galleries in New York, Florida, Louisiana, and Massachusetts. In 2008 her oral history conducted by Irving Sandler was included in the archives of the Getty Museum and Research Center in Los Angeles and the Smithsonian Museum of American Art in Washington D.C. She is also featured in the book, “Miami Contemporary Artists” published by Schiffer Publishers in 2007 and was juried into the “New American Paintings Exhibition in Print” by Charlotta Kotik, curator of contemporary art at the Brooklyn Museum.

In addition to numerous private and public collections, Lehr’s paintings were recently included in the collection of the GenSpring Family Offices and a major work, Cosmic Energy, was recently purchased by Sloan Kettering Memorial Center in New York. Lehr has also been chosen by the Art in Embassies program to exhibit her work in the American Embassy in Sofia, Bulgaria from 2008-2010. Rugs based on Lehr’s designs and produced by Stephanie Odegard in Nepal can be seen throughout the world in many private and public collections.

Lehr has been described as a visual poet. She uses nature based images to explore the possibilities of painterly experiments. The subtle color harmonies combined with veils of Japanese paper contrast with the expressionistic splashes, drips, and fluidity of the grounds. The tensions balanced between the abstract and the illusion, the hidden and the revealed, the hard edged and the soft focus all add to the mystery and the resonance of the work. 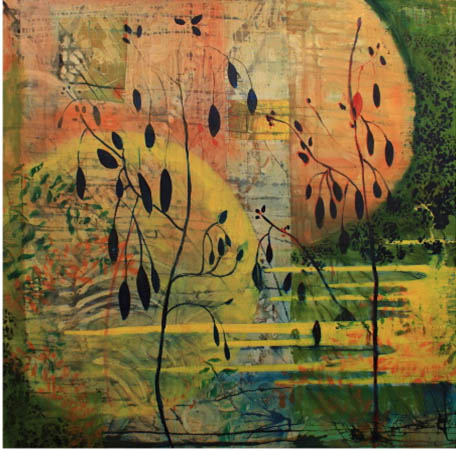 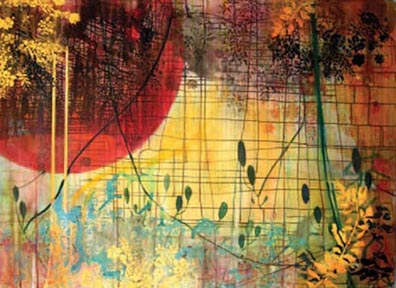 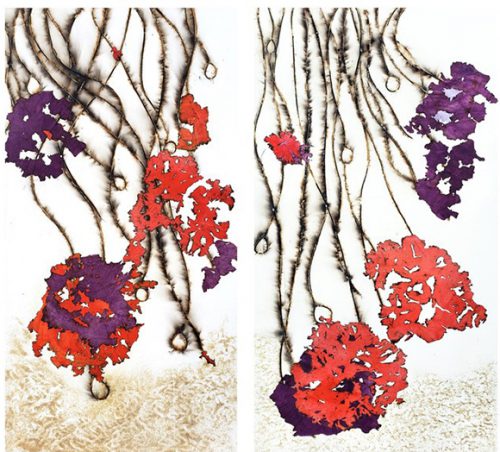 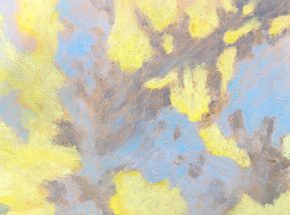 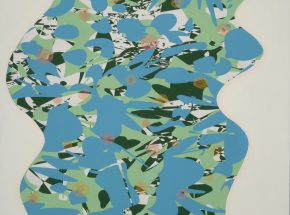