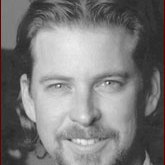 Artist Morgan Weistling approaches his art with the finely honed skills and tireless dedication of the old masters. This classical style of oil painting brings his tender, homespun scenes to vivid life. Stand back from a Weistling image and the details begin to emerge– a dented pewter pitcher filled with flowers, the roses in the cheeks of a young girl gathering eggs… Technique and subject combine with great emotional warmth in these unforgettable paintings.

Morgan Weistling began his artistic training on his father’s lap when just a toddler. During WWII, Morgan’s father was a POW in Germany and entertained his fellow prisoners by drawing a daily comic strip about life in the ‘stalag’. After the war he attended art school on the GI Bill and never gave up his art studies, though he supported the family by working as a gardener.

Morgan taught himself from his father’s vast art library, then at fifteen attended Brandes Art Institute, where drawing the figure from life was the primary focus. The young artist was ‘discovered’ while working at an art supply store when he chanced to show his art to a prominent illustrator. The following day he had a job with one of the top movie poster agencies in Hollywood. For the next fourteen years Morgan illustrated for every major movie studio, gaining invaluable experience in crafting tightly focused, dramatic narrative artwork.

After years of this demanding work, he yearned to create something from his heart. Just as the quality of his illustration-style art had been immediately recognized, so it was with his fine art career. The first gallery he walked into in Scottsdale, Arizona, signed him immediately. Collectors responded to his superior technical skill and the warmth of his subject matter by purchasing the originals almost before they could be framed, and routinely clearing the walls on the opening night of his one-man shows.

Morgan Weistling’s beautiful oil paintings are now in the permanent collections of prestigious museums and have consistently won major awards, including the coveted Prix de West award at the National Cowboy and Western Heritage Museum and the Patrons’ Choice and Artists’ Choice awards at the Masters of the American West exhibit at the Autry National Center. He is also a highly sought-after teacher, both in private workshops and at the Scottsdale Artist School.

He and his wife, JoAnn, have two daughters and make their home in California.