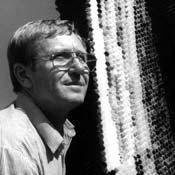 In his long career of more than three decades, painter Mohammed Bajramovic (1946) has rarely staged solo exhibitions. He belongs to that rare group of creators of a specific artistic mentality that, based on the great heritage of culture of modernism, manifested through the practice of painting, emphasized the reflexive nature and restrained, analytic gesture.

Only when the late nineties by an exhibition of paintings, drawings, 1961-1998, some kind of narrowed retrospective they visited several Bosnian cities, cultural public was able to detect salient featuresof Bajramovic’s work.

In recent works, the paper prismatic structure was replaced by a wire grid in which metal pipes are fixed. Kinesthetic feature of these works can be achieved by installation of neon tubes in the body of the object and motion of the observer, who by his arbitrary disposition to participate in the creation of ever new scenes from the rich visual offerings.

Bajramovic conscious agent of the idea that the visual arts in its execution procedure extremely rational activity that involves methodical articulation of principles adopted by the media and disciplined use of intuitive psychic pulsations that appear during the work. Channeling these pulsations always assumed a constructive approach, innovative addition to the general principles of language implies the clear expression of its own operational problems.

For example, long work Bajramovic Mohammed can come to some conclusions about the actual problem-setting of one wing of contemporary art that despite the media nametljivoj and seductive rhetoric, prefers the so-called postmodern. Abstract linguistic expression. Bajramovic confirms that modern image can be built as a pointless entity whose main property that is a conceptual artifact made in the material and visual form, or object. For Bajramovic is a mental image and optical design, which is regulated by its structure appears as a product of anthropological utopian society, human values, despite chaotic arrangement.

Commitment to this artistic practice is a question of social contextualization of art and its positioning in the social body that recognizes only functional art market orientation of global and unified world. Finally, the question is this intellectual attitude towards society as a whole. (A. Adamovic, translated) 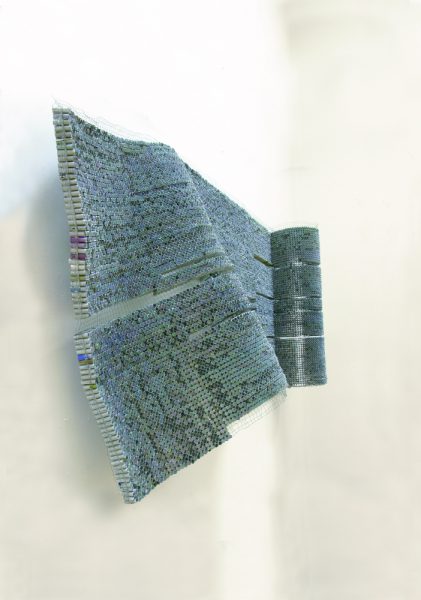