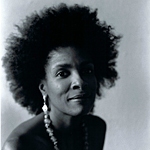 Renowned for her oil on Mylar technique, Nanette Carter is referred to by many as a visual storyteller. Born in Columbus, Ohio, Nanette Carter graduated from Oberlin College in 1976 and went on to earn her MFA from Pratt Institute of Art in Brooklyn, New York. She continues to live and work in New York City and is currently a professor at Pratt Institute.

Carter has been the recipient of numerous grants and awards including the National Endowment for the Arts and The New York Foundation for the Arts award. Her works are represented in many museums across the United States including the Studio Museum of Harlem, The Newark Museum, The Shomberg Library in New York, and The Library of Congress in Washington, DC.

By special invitation of the U.S. State Department, Nanette Carter recently traveled to Syria as a Cultural Envoy for “The 7th Annual Women’s Art Festival,” along with a select group of female artists from France, Lebanon, Syria and Denmark.Nanette was chosen to represent the United States while traveling throughout the country exhibiting art and conducting various interactive lectures from November 25th to December 9th, 2007.

Nanette began her trip in Syria’s capital, Damascus, where she had a solo exhibition with the local Kozah Gallery.She conducted workshops in Damascus and also Aleppo, teaching monotype techniques to university students and professional artists.Her travels and exhibitions were captured by four local newspapers as well as a TV interview in which she explains, “…as the Cultural Envoy to Syria, the fundamental objectives were to relay groundbreaking techniques, materials and ideas that are taking place in the Fine Arts in the U.S.” 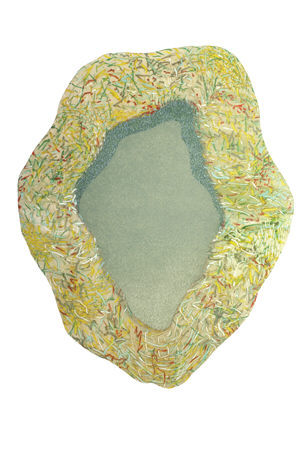