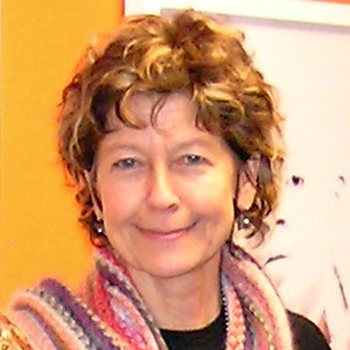 Naomie Kremer was born in Tel Aviv, Israel and raised in Brooklyn NY. She received a BA from the University of Rochester in 1975, an MA in Art History from Sussex University, England, in 1977, and an MFA with High Distinction, in Painting and Drawing from California College of the Arts in 1993. She has taught painting and drawing and has lectured extensively in the US and abroad, including at San Francisco Art Institute, California College of the Arts, Oxford University, England, and Syracuse University’s program in Florence, Italy. Her work has been exhibited internationally, and is in many private and public collections, including the Fine Arts Museums of San Francisco, the Berkeley Art Museum, the United States Embassy in Beijing, China and the Hewlett Packard Corporation in California. She lives and works in the Bay Area.

Deeply grounded in painting practice, Kremer has also worked extensively with digital media since 2000, including text animations, painting animations, and hybrid paintings, which are oil on canvas with video projected on their surface. Recent exhibitions include video based work at Knoedler Gallery in New York City, and Modernism Gallery, San Francisco, and painting exhibitions in Los Angeles, California, Paris, France, Dusseldorf, Germany and Houston, Texas. The Berkeley Opera commissioned her to create a video set for Bela Bartok’s Bluebeard’s Castle, which was performed to great acclaim in May 2008. She is currently creating a video set for a collaboration with Margaret Jenkins Dance Company, premiering at Yerba Buena Center for the Arts in San Francisco in November, 2011. Her video sculpture Dictionary was exhibited at the Jewish Museum, NYC, in 2009, and her painting animation Each Way is part of a yearlong exhibition of video at Oakland Airport’s giant Media Wall.