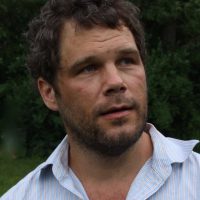 Born in Copenhagen, Denmark, Neil Berger (b. 1971) is an American artist based in Vermont. He earned a Bachelor of Arts degree from Stanford University in Studio Art and Cognitive Science and a Master of Fine Arts degree in Painting from Boston University. Berger received several honors, including a Guggenheim Fellowship in painting (2004), Pollock-Krasner Award (2011), New York Foundation for the Arts Fellowship in printmaking (2007), and two Elizabeth Greenshields Foundation grants (2001, 2007). His works have been showcased in exhibitions nationally and internationally, namely the Smithsonian American Art Museum, Washington, D.C.; Gallery Ami-Kanoko, Osaka, Japan; ISE Foundation, New York; and Salem College, Winston-Salem, North Carolina. He served as guest lecturer at the Rochester Arts Club in New York and Long Island University, Brookville, New York, and is currently an instructor of Adult Education Painting and Drawing at Shelburne Craft School in Vermont.

Berger has been an unaffiliated full-time artist since 1995, specializing in oil painting and printmaking, especially black-and-white monotypes. He started as a plein air impressionist for 20 years, but now paints from memory to create his landscapes and urbanscapes. Interested in the raw beauty and story of a site, the artist captures momentary instances of people and places, like taking a picture, through thick and vibrant layers of paint. His oil on canvas, Forest Home, is inspired by walkabouts. Berger states: “I am committed both to “the facts” and artful invention. The mood is usually quiet but alert. It says—‘look at this.’” 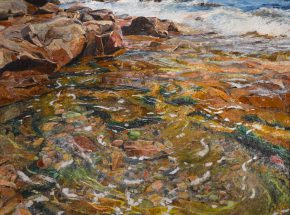